MetroHealth is already on the front lines of fighting the opioid epidemic with medical care and outreach. Now, the System is partnering with the arts community to highlight the situation through a creative channel. 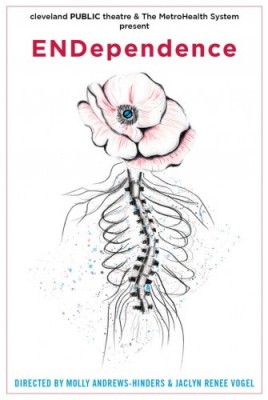 The Department of Arts in Medicine is partnering with Cleveland Public Theatre (CPT) on ENDependence, an original production that explores the story of pain management in this country, the kinds of treatment available for those struggling with opioid use disorder, and best methods for responding to the epidemic. Infused with both humor and gravity, and featuring songs and scenes, ENDependence highlights those in our community who are affected by opioid use disorder—from doctors to patients to family members. Interactive in form, ENDependence calls on our community to investigate how we respond on a personal and systemic level to our oldest companion: pain.

“The arts are about storytelling and there’s quite a story to tell about the opioid epidemic,” explains Linda Jackson, Director, Arts in Medicine. “One can read the facts about the number of people who’ve died, but there’s something different about people coming together through a theatrical experience. You can hear about how people feel, but when you’re part of a story it can have a greater impact, and it opens up a different dialogue.”

To create the original production, CPT artistic staff interviewed MetroHealth staff and community members on the front lines of the epidemic to help shape what would become the ENDdependence production. “They spoke with leading physicians, social workers, patients, families, and members of the peer mentoring program Ascent, and they went to the Emergency Department to meet with first responders. This was an immersive experience,” says Linda. After presenting two staged readings and receiving feedback from audience members, including MetroHealth staff, the final production was realized.

Information from the MetroHealth Office of Opioid Safety and Recovery Resources will be available at the performances, including resources about what they do and how they can assist the community.