Get ready to climb aboard the MetroHealth Line 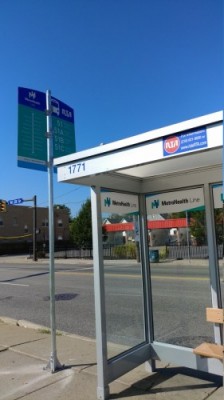 On Thursday, MetroHealth and RTA unveiled the design for the buses that will run along the new MetroHealth Line when it is launched in December.

This past spring, MetroHealth and RTA announced that the transit system’s second busiest line, Route 51, would be renamed and rebranded.

The MetroHealth Line will run from downtown west on Detroit Avenue and south down West 25th Street. The route will then split into four legs that will take riders to and from city neighborhoods and four suburbs -- with stops at five MetroHealth facilities, including:

RTA has indicated that it plans to apply for federal funding to enhance the line by adding larger buses, traffic signal coordination and bus-only lanes during rush hours.

Get ready to climb aboard the MetroHealth Line