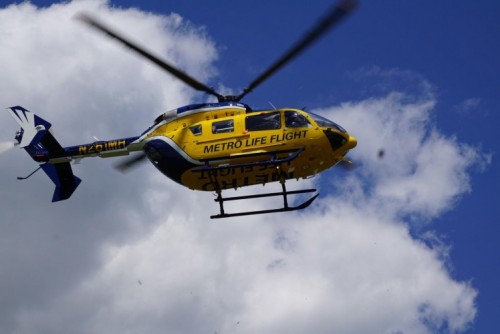 Our Cleveland Heights Medical Center is now accessible by air.

Earlier in October, we crossed all the t’s, dotted all the i’s and opened a new Metro Life Flight helicopter landing pad at the site at 10 Severance Circle.

Metro Life Flight helicopters now have the ability to transport patients in critical need of care from the emergency room at MetroHealth’s Cleveland Heights Medical Center to our renowned Level I Trauma Center at our Main Campus in Cleveland.

Thank you to officials from the City of Cleveland Heights, the Ohio Department of Transportation and the Federal Aviation Administration for helping us through the process of constructing and opening the helipad.

Since it launched in September 1982, Metro Life Flight has transported more than 90,000 patients. Even though it's most well-known for serving patients in and around Cleveland, Life Flight actually covers areas as far south as Columbus and west as Toledo.