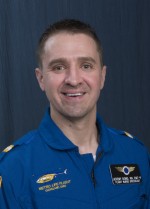 She was scared for her and for her baby. We tried to calm her down and did our thing. Her dad said, ‘Take care of my little girl again.’

Natalie Kelly credits Metro Life Flight with saving her life twice, as well as the life of her baby.

The 26-year-old Lorain woman went to an emergency room in Amherst in January with what she thought was a horrible cold. Tests and x-rays revealed she had pneumonia in both lungs, as well as sepsis. Complicating matters was the fact that Kelly was 13 weeks pregnant.

She was waiting to be transported to a hospital by ambulance when she went into a coughing attack. The physician on duty knew she needed life-saving care immediately and called Metro Life Flight.

“It was the fastest ride of my life,” Kelly said. “I was amazed by how calm they were and made me feel like everything was going to be all right.”

Her father was at the hospital with her. A recently retired firefighter, her dad knew Dr. Timothy Petrie, the physician on board.

“She was scared for her and for her baby,” said Flight Nurse Specialist Jeremy Bond. “We tried to calm her down and did our thing. Her dad said, ‘Take care of my little girl again.’”

The flight crew later learned it was not Kelly’s first ride on Metro Life Flight. She was born premature and went into respiratory distress. That time, she was flown by Metro Life Flight and spent two weeks in the hospital.

“I never thought I’d be back on Life Flight ever again. “But they were awesome. They are really an amazing team.”

Kelly was flown to University Hospitals’ main campus, where she was intubated and eventually stabilized.

She spent 18 days in the hospital and made a full recovery. She and her husband welcomed their son Henry on June 26.

“It’s touching to be part of it, knowing Life Flight took care of her when she was a baby and now we’re taking care of her and her baby,” Bond said. “It had come full circle.”