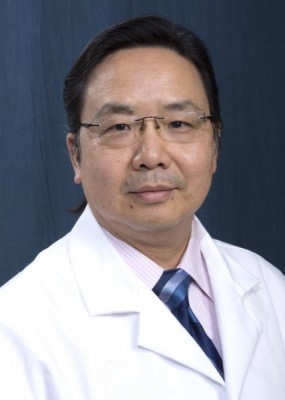 The MetroHealth System this week began work on its new CAR T-cell cancer lab, which promises to bring cutting-edge treatment to cancer patients of all backgrounds while also fulfilling a key promise of the Innovation District.

Construction began to renovate labs in MetroHealth’s Rammelkamp Research Center. The CAR T-cell lab is expected to open in September. MetroHealth will be only the second public hospital in the United States to offer this treatment.

“This innovation allows The MetroHealth System to continue as one of the nation's pioneers in research and to make outstanding medical testing, screening and cancer treatment available to a large, diverse population and, in many cases, to patients who haven’t had access in the past,” said William Tse, MD, MetroHealth’s director of hematology/oncology.

The new lab will produce cellular- and vector-based therapies for the treatment of cancer. Chimeric antigen receptor (CAR) T-cell therapy is different from chemotherapy or radiation. It is a way to get a type of white blood cell called T-cells to fight cancer by changing them in a lab so they can find and destroy cancer cells.

Each foreign antigen has a unique immune receptor that is able to bind to it. Cancer cells also have antigens, but if your immune cells don't have the right receptors, they can't attach to the antigens and help destroy the cancer cells.

In this form of treatment, blood is drawn from a patient. T-cells are extracted and then changed by adding a gene, which helps the T-cells attach to a specific cancer cell antigen and fight the cancer. Those cells are grown and multiplied in the lab over several weeks and then put back into the patient.

This relatively new treatment is viewed as having less side effects than chemotherapy or radiation treatments.

This immunotherapy treatment has typically been only available to patients with extensive insurance plans. With its diverse patient base, MetroHealth will be able to offer this groundbreaking treatment to a much larger group of patients than is typical. It will also permit MetroHealth to better prevent, diagnose and treat cancer

Part of the funding for the project comes from JobsOhio, the state’s economic development corporation. The project is part of the Innovation District, a partnership between MetroHealth, Case Western Reserve University, the Cleveland Clinic, Cleveland State University and University Hospitals.