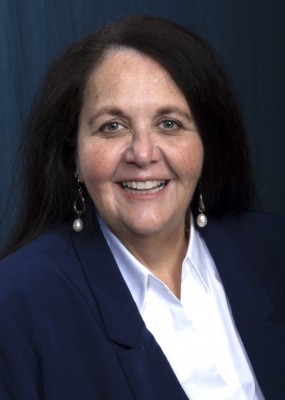 Kythryn Carr Harris was in the Cleveland area visiting her daughter in October 2020 when she heard the news that The MetroHealth System planned to build a behavioral health hospital. Carr Harris, at the time, was in a leadership role with the Alcohol, Drug and Mental Health Board of Franklin County, Ohio, and was very familiar with the treatment and support services landscape across the state.

MetroHealth’s new venture caused Harris to do a double take.

“I wasn’t aware of any health care system in the state investing that kind of money into behavioral health,” she said.

MetroHealth believes its construction of the new behavioral health hospital is the largest investment in care for mental health and substance abuse disorders in the region in decades.

Since joining MetroHealth in September 2021, Carr Harris has been focused on the rollout of the partial hospitalization program (PHP) and the intensive outpatient program (IOP) that will operate at MetroHealth's Cleveland Heights facility.

The new hospital will open on October 8, but MetroHealth began accepting PHP referrals for adult patients with mood and thought disorders in mid-July. Since the end of July, in-person group and individual sessions have been held throughout the day. Group sessions have a maximum of 12 patients.

IOP referrals will begin in September, starting with patients who have been diagnosed with conditions such as depression and bipolar disorder.

“The programs are part of a larger continuum of care,” Carr Harris said. “Instead of keeping people hospitalized, there is now a new level of care on an outpatient basis, no matter where a person enters the health system. PHP functions as a sort of step-down unit and can be used to stabilize someone enough that they don’t need to be admitted as an inpatient. That’s our highest level of outpatient care—five days a week including group counseling.”

IOP is one level down from PHP, with patients attending two or three individual sessions each week, in addition to group sessions and classroom instruction.

MetroHealth's other outpatient behavioral health services include existing psych-consult services at its Main Campus emergency Department and the Emergency departments at its Cleveland Heights and Parma medical centers, and at its Brecksville Health and Surgery Center; and services for adolescents.

For now, MetroHealth’s pediatric psychiatrists, psychologists and therapists, and other providers who are integrated into primary care, are staying at the Main Campus.

Plans for the PHP and IOP services for adolescents will begin taking shape over the next few months.

“We will help patients get to the right place for outpatient care,” Carr Harris said. “Many of our providers are integrated within our primary care and specialty clinics throughout the system. We really want to be accessible to all individuals.”