Gift from JoAnn and Bob Glick is the largest in system’s 183-year history, will fund community health programs and initiatives

Gift Announcement from MetroHealth on Vimeo.

Cleveland - The MetroHealth System will receive a historic $42 million investment from JoAnn and Bob Glick that will work to reverse health inequities and boost community health in Greater Cleveland for generations to come. 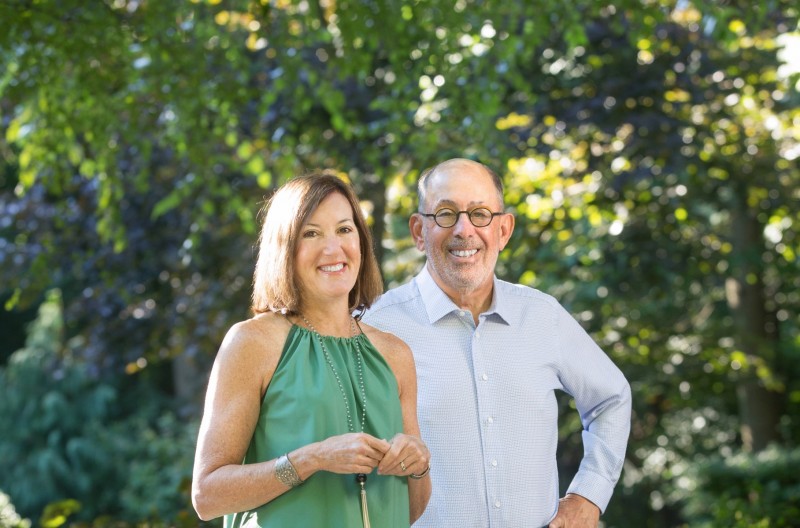 The gift is by far the largest in the system’s 183-year history and is believed to be the third-largest gift from individuals to a public hospital in the United States.

The funds will be used to support MetroHealth programs and initiatives that align with the Glicks’ passion for improving community health, especially for women and children.

“We hope our gift can begin to change the dynamics of health in Cleveland,” said JoAnn Glick, a registered nurse who worked in inner-city hospitals in Philadelphia and Cleveland. “A person’s health and well-being depend on so much more than traditional medical care. MetroHealth understands that and is working to improve our community’s health in ways that go far beyond the four walls of a hospital or doctor’s office.”

“MetroHealth has been overlooked for too long,” said Bob Glick, who was founder and longtime CEO of Dots Inc. before selling the successful retail chain in 2011. “It’s not just their mission, it’s the innovative ways they are achieving it. Their doctors and nurses are out in the community, in schools, in shelters, wherever they’re needed most.

“The role they play in the health of Greater Cleveland, especially during a pandemic, cannot be overlooked any longer,” he added. “It’s time to support the institution that looks out for everyone’s health and well-being.”

MetroHealth’s new main hospital, now under construction on the system’s main campus on West 25th Street, will be named The MetroHealth Glick Center in recognition of the gift, although none of the $42 million will be used for construction.

“JoAnn and Bob’s generosity and their passion for equity, community health, and innovation will mean healthier children, healthier families, and a healthier Cleveland,” said Akram Boutros, M.D., FACHE, MetroHealth’s President and CEO. “In the decades to come, people will recognize the MetroHealth Glick Center as a beacon that has helped guide our community to better health, eliminate health disparities and ushered a new era of health care while serving everyone and anyone.”

The Glicks’ $42 million gift will be used to create two funds:

The JoAnn and Bob Glick Fund for Healthy Communities will support and nurture programs that promote the health and well-being of Greater Cleveland with a focus on programs that address the needs of women and children.

The JoAnn Zlotnick Glick Endowed Fund in Community Health Nursing will recognize and support the role of nurses as leaders in improving the health and health care of Greater Cleveland. The endowment will also support a professorship in Case Western Reserve University’s Frances Payne Bolton School of Nursing, where JoAnn Glick received her MSN in community health nursing.

This is not the Glicks’ first investment in MetroHealth. In 2019, they made a $500,000 investment into two programs, the Students are Free to Express (SAFE) project, which uses the power of the arts to treat and reverse the effects of trauma and toxic stress in children, and the MetroHealth Autism Awareness Clinic (MAAC), the only clinic on the West Side that evaluates children for autism spectrum disorders and the only one in Ohio that accommodates the language and cultural needs of Hispanic children.

As a result of their gifts, the SAFE program has expanded into one elementary school and three high schools, and MAAC has been able to add a full-time bilingual clinical psychologist, a part-time clinical psychologist and a bilingual speech/language therapist. Those additions, plus the availability of telehealth appointments for intakes, assessments and therapy, have helped the clinic reduce the wait time for an initial appointment by more than half, to about four months.