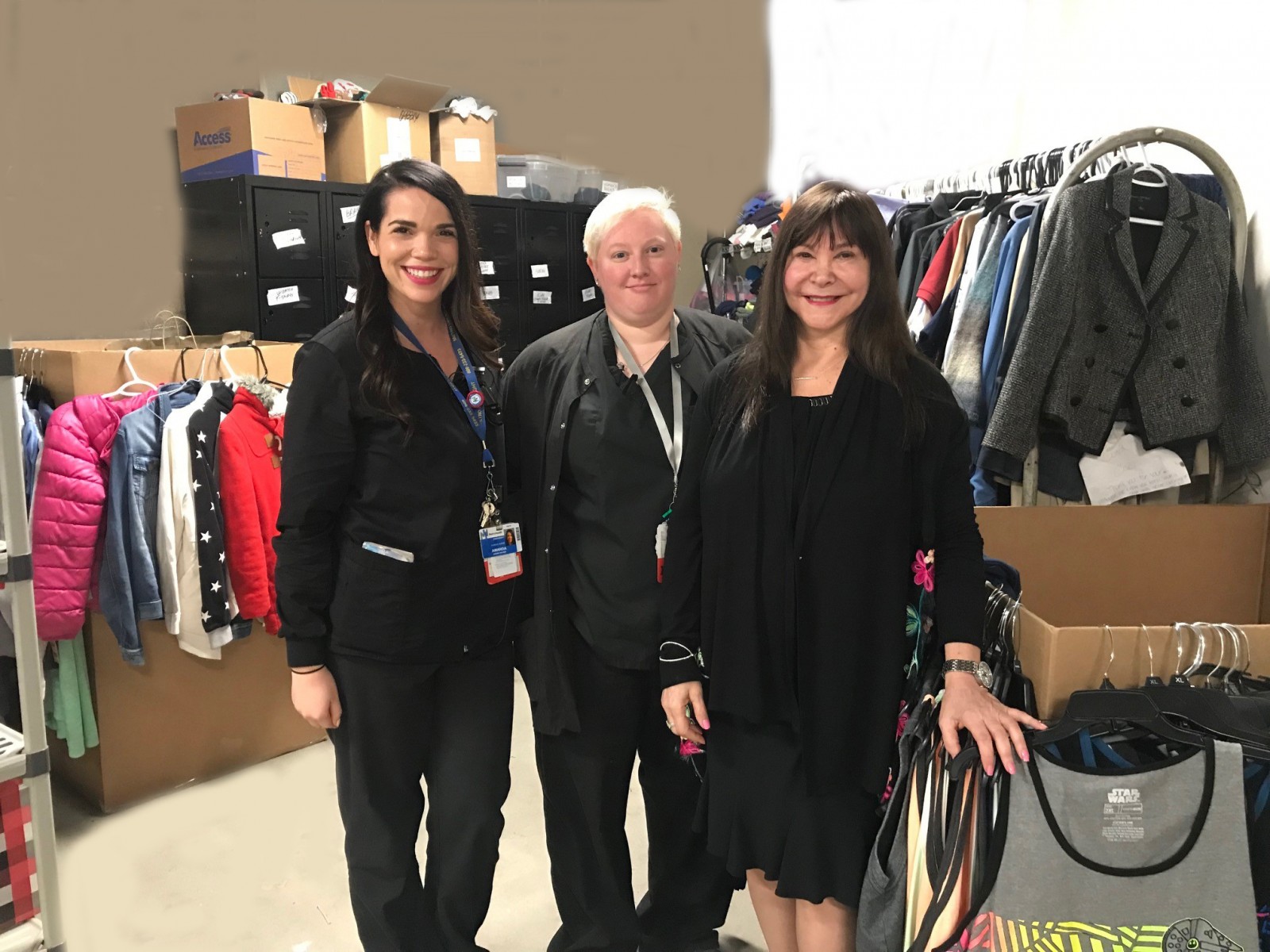 Sometimes, the simplest acts of kindness can have the most profound impact.

For proof, look no further than the Caring Closet located just off MetroHealth’s Emergency Department on Main Campus.

Inside are shelves neatly stacked with hoodies, sweatpants, socks, underwear and other nondescript clothing. The items are utterly mundane – but for people who have just survived the most traumatic event of their lives, represent a tiny first step in regaining some independence and dignity.

The clothing is the result of a unique volunteer project by the Community of St. Peter, a church on Euclid Avenue in Cleveland’s Midtown neighborhood. The organizers hope other religious institutions around the region will join in providing much-needed clothing to people leaving MetroHealth after a car crash, shooting or other traumatic event.

“We all know about love thy neighbor,” said Bob Kloos, pastor at St. Peter. “What is more of an expression of that than giving your neighbor some new underwear and putting dry socks on their feet?”

The roots of the program start with Marie Dietrich, a retired physician who served a fellowship at MetroHealth from 1987-89 and worked at public hospitals around the country. She knew that people brought to the Emergency Department often have their clothes cut off of them. Other times their clothing is ruined by blood or, in some cases, packaged as evidence.

Marie organized a clothing drive in the winter of 2019. Parishioners at St. Peter purchased new clothing items and brought them to church, where they were sorted and organized. Similar drives followed in the summer of 2019, and a third one was completed in January 2020.

“We have about 250 families at the Community of St. Peter and so far, we have collected over 2,000 items,” Marie said. In addition to clothing, they have started buying and contributing diapers and bicycle helmets for children.

Emily Mally, the social work coordinator in the Emergency Department, picks up the items and brings them to MetroHealth.

“Emily is the pivot person who does all the collecting,” Marie said. “She is where the rubber meets the road.”

Emily said before the Caring Closet was established, discharged patients sometimes had to go home in paper suits. That hasn’t happened since the donations of new clothes started.

Emily and her team label the donated items and store them on shelves. Volunteers come in once a month to keep the items organized.

“The patients are so thankful,” Emily said. “It gives them back a bit of dignity.”

That sentiment was evident in a thank-you letter the Emergency Department social workers wrote to the Community of St. Peter last year after the second collection.

The social workers wrote: “The day after receiving your donation, we had a mother and her infant, who slipped in water and were trauma patients. Her two small children ages 3 and 5 accompanied them to the emergency department. The 5-year-old was telling the social worker that he had just learned how to ride his bike and he wears his football helmet. The social worker gave the 5-year-old and the 3-year-old bike helmets. They were thrilled and so were their parents. The parents were thankful and very appreciative that the helmets were donated. They thanked the social worker many times."

It continued: “The floor social workers have started calling us for clothes when they have patients in need. A husband and wife were admitted after a house fire. Upon discharge, they had no clothes to wear. The emergency department social worker was able to provide the husband and wife a few outfits each. This helped the patients have one less worry when thinking about rebuilding their lives."

The letter concluded: “I hope you realize how helpful the donations have been. The donations might seem simple, but they mean so much to our patients, their families and our staff. It is difficult for staff to discharge patients when resources such as clothing are not available. Staff are uncomfortable sending patients home or to shelters in gowns. Most of the time, patients require more than just medical care. Basic human needs are often not met in our patient’s daily lives. By providing the patients something new and clean to wear upon discharge, the patients learn that they are more than just a medical record number in the emergency department, they are a human being with dignity.”