Michael Dalton, MetroHealth’s Director of State Government Relations, has been recognized as one of the nation’s top young health care professionals by Modern Healthcare magazine. 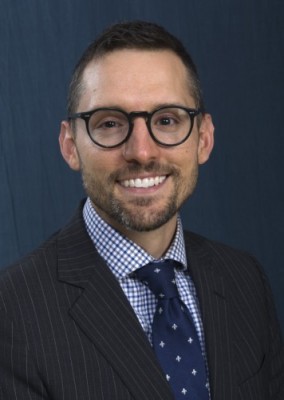 Dalton, 37, was named one of only 15 “Up and Comers,” a designation given to executives age 40 and under “who have made significant contributions in the areas of health care administration, management or policy.” He was profiled in Modern Healthcare’s October 15 issue.

Although Dalton has been with MetroHealth for less than two years, his achievements have been nothing short of astonishing:

If those accomplishments weren’t enough, Michael worked with the state legislature to remove a geographic restriction that had been a part of Ohio law since the inception of county hospitals a century ago. With its removal, MetroHealth is now permitted to provide health care services outside its home county and into nine surrounding counties, potentially giving nearby communities access to more choice, MetroHealth’s quality care and the system’s unique mission.

Click here to see all 15 of Modern Healthcare’s 2018 Up and Comers.