Pilot study indicates your home may be making you sick; but there’s help

Can changing the curtains, carpets and other factors in the homes of people who have chronic respiratory illnesses help to reduce the number of hospital visits? That’s one of the things a pilot study conducted by the BUILD Health Challenge – which MetroHealth is a part of – aimed to find 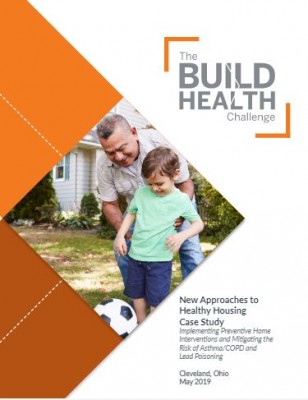 As of 2011, Cleveland had one of the highest rates of childhood lead poisoning in the United States. Many also suffered exacerbations of their asthma or chronic obstructive pulmonary disease (COPD) due to unhealthy housing. The BUILD Health Challenge is a collaborative that works to reduce the occurrence of lead poisoning, and exacerbations of asthma and COPD in the community by tackling unhealthy housing conditions and advancing supportive local policies.

The challenge focused on three neighborhoods near the MetroHealth Medical Center: Clark-Fulton, Brooklyn Centre and the Stockyards. The Cleveland Department of Public Health and Environmental Health Watch (EHW) gathered data on housing violations and other building inspection data. Using Epic, MetroHealth matched that data with the health records of patients with COPD or asthma who lived in those homes. 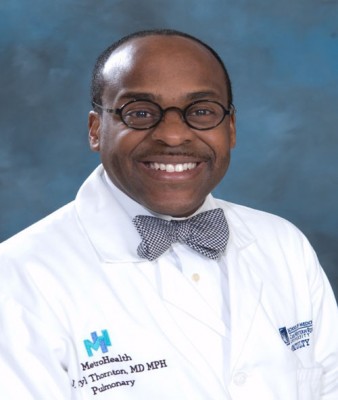 J. Daryl Thornton, MD, MPH and researchers in the Center for Reducing Health Disparities contacted the patients and asked if they’d like to enroll in the Healthy Homes, Healthy Lungs housing rehab program; 38 consented. EHW sent an inspector to look at those houses to determine what easily remediable environmental issues were present. In collaboration with home owners, assistance was provided to improve the home environment.

Although some of the housing factors involved larger repairs, such as water leaks and peeling paint, others were easier fixes, such as regular vacuuming, removing old carpeting and draperies, changing furnace filters, and installing pillowcases and mattress covers. Other recommendations involved behavioral changes, including recommending that no one smoke in the home.

“For most people, these simple interventions don’t seem like a big deal, but regular exposure to unhealthy conditions over time can exacerbate health issues,” explains Dr. Thornton. “People spend most of their time indoors, especially in the winter, and are being constantly exposed to these harmful allergens.”

Dr. Thornton is seeking funding to replicate these findings among a larger group of patients.

You can read the complete BUILD Challenge study here.

Pilot study indicates your home may be making you sick; but there’s help