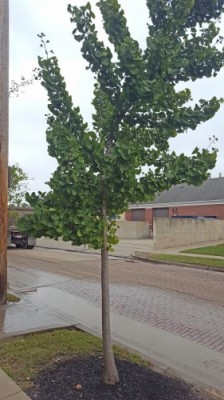 Northeast Ohio is known for its beautiful trees. The 23,000 acres of the Metropark System is even nicknamed the Emerald Necklace. Fortunately, that land is protected.

Trees on private and commercially owned property aren't protected when developers roll out building plans. It is often faster and more cost-effective to clear-cut the land.

That is not the path that MetroHealth is making as land is being prepped for our new hospital. Lots of care and thought are put into every aspect of the project - and that includes plans for every tree.

With help from an arborist from The Western Reserve Land Conservancy and Student Conservation Association volunteers, the trees that once surrounded our former garage (which is now the site of the new hospital) were inspected to determine if they could be preserved and transplanted.

Gingko trees that were found to be healthy were transplanted to other locations on the MetroHealth campus, including the corner of MetroHealth Drive and W 25th Street.

A pine tree found a new home in the quad area next to the Toomey Parking lot. That pine eventually became the centerpiece of MetroHealth's first community tree lighting event in December of 2018. 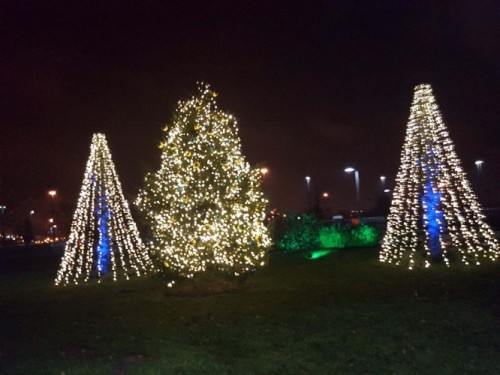 The goal of the tree audit was to save as many trees as possible, according to Sarah O'Keefe, director of sustainability. "No one want to cut down trees."

Some of the trees were simply too old to survive a transplant, though. An oak tree and a linden tree were among them, but in the end, their trunks have found a new purpose. They are being used to stabilize creek banks for the restoration of West Creek, a project headed up by the West Creek Conservancy.

The creek spans several western Cleveland suburbs and meets up with the Cuyahoga River. The restoration project, which will help to improve storm water management, will restore the creek's path, which was displaced at one point by commercial development.