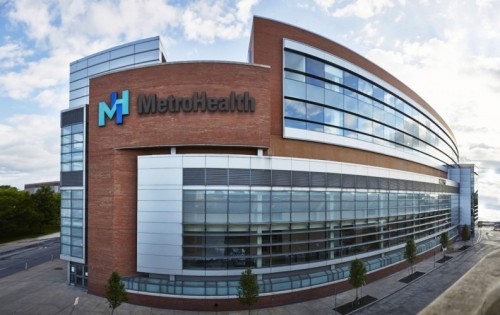 Healthy first-time mothers whose labor was induced in the 39th week of pregnancy were less likely to have a cesarean delivery, compared to a similar group who were not electively induced at 39 weeks, according to a National Institutes of Health study. MetroHealth patients, under the direction of Edward Chien, MD, OBGYN, participated in the research, along with 39 other hospitals from around the country.

Women in the induced group were also less likely to experience pregnancy-related blood pressure disorders, such as preeclampsia, and their infants were less likely to need help breathing in the first three days.

The study results were presented today during the annual meeting of the Society for Maternal-Fetal Medicine.

Current guidelines recommend against elective induction of labor—inducing labor without a medical reason—in women in their first pregnancy prior to 41 weeks because of concern of increased need for cesarean delivery. Elective induction at 39 weeks, however, has become more common in recent years.

“Many people believe that induction of labor increases your chance of having a C-section and are also concerned that it may increase the risk to their child,” says Dr. Chien. “This study demonstrates that the overall risk for C-section is actually lower if induced than if you waited for labor to occur on its own.”

NIH’s Eunice Kennedy Shriver National Institute of Child Health and Human Development (NICHD) funded this study to determine whether elective induction is beneficial or harmful compared to expectant management (waiting for labor to begin naturally and intervening if problems occur).

As far as how the study’s results will impact the doctor-patient relationship, “patients want to have control over their pregnancy,” Dr. Chien explains. “Up until now, many providers were hesitant to electively deliver women. This data provides evidence for allowing elective induction of labor in those individuals who choose it. I think patients will appreciate the greater autonomy.”