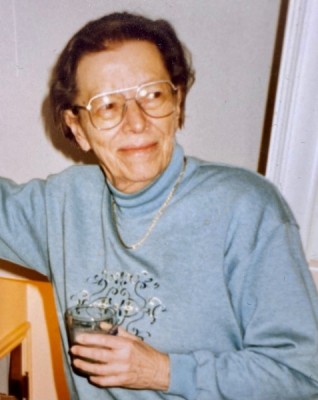 CLEVELAND – A Willoughby woman who overcame polio to work at MetroHealth’s physical rehabilitation program for 35 years left a surprise gift of more than $765,000 to support her old department.

Sara M. Schoppenhorst was 96 when she died at her home on December 30, 2020. Her estate made the extraordinary donation to The MetroHealth Foundation last month.

Schoppenhorst was instrumental in the evolution of MetroHealth’s Physical Medicine and Rehabilitation (PM&R) Department from a small group of devoted caregivers to a nationally recognized leader in helping patients restore body functions lost to medical conditions, injuries or disease.

Schoppenhorst had polio as a young woman and had received considerable physical rehabilitation. Those who knew her well say that experience contributed to her lifetime dedication to rehabilitation.

She was the administrative director of PM&R at MetroHealth from 1956 until her retirement in 1991.

Patrick Murray, MD, was head of the Department of PM&R during the last five years of Schoppenhorst’s time at MetroHealth. He credits her with helping the rehabilitation hospital evolve from an outlier in the national rehabilitation medicine landscape to its present nationally ranked status as the MetroHealth Rehabilitation Institute.

“Sara was a very bright person with a wide view of rehab and what it could mean for people with disabilities,” Dr. Murray said. “She was extremely pragmatic about how you could accomplish things if you took the long view.”

U.S. News and World Report ranks the MetroHealth Rehabilitation Institute #1 in Ohio and #24 nationally from over 950 eligible rehabilitation facilities.

Even after her retirement, Schoppenhorst remained committed to MetroHealth’s mission. She donated to a variety of areas including PM&R Patient Care, Education and Research and the Senior Health & Wellness Center.

Schoppenhorst adored animals – particularly horses and dogs. She owned several dogs over the years, including a terrier named Trixie and many corgis.

A colleague remembered finding a stray dog hanging around MetroHealth’s main campus and hiding it in a first-floor bathroom near until the end of the day so she could take him home and care for him.

Schoppenhorst found out the next day. But instead of reprimanding the colleague, she told her that the dog could have stayed in her office.

Schoppenhorst lived modestly and did not let on that she was planning a significant gift to her old department.

“Ms. Schoppenhorst’s contribution is significant for so many reasons, not just because of its size,” said MetroHealth President and CEO Akram Boutros, MD. “On a personal level, she had a tremendous impact on the professional growth of those who worked with and for her. That was her greatest contribution. Her ongoing dedication to MetroHealth, culminating in this final gift, is a testament to the incredible work that goes on in PM&R every day.”